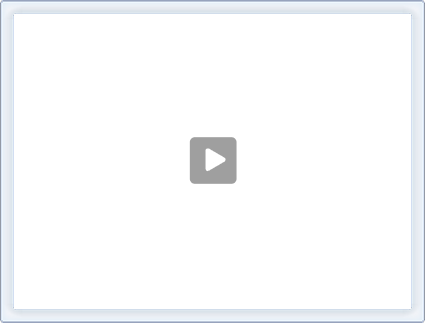 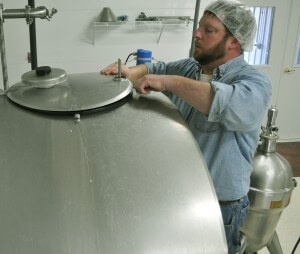 A rural Fayette County family hope to put a little culture into the diets of Northeast Iowans with a creamy, all-natural yogurt from BST-free dairy cows on their farm.

Available in eight varieties ranging from raspberry to blueberry and lime, the yogurt is processed at Country View Dairy, 15197 230th Street, Hawkeye.

Coming to the area from Mennonite communities in Michigan and Kansas 10 years ago, Dave and Carolee Rapson had dreams for raising their young and growing family in northeast Iowa. They have since grown their farm operation to a herd of 280 cows, milked three times a day. About 20,000 pounds of milk leaves the farm daily.

But in 2009, as prices for raw milk plummeted, the Rapsons decided they needed a way to add more value to the product that has been their lifeblood.

*
"We knew we couldn't buy more land," says Carolee. Recent sales of ag land near Hawkeye have reached $8,500 an acre and higher. "We'd always been interested in food and even toyed with starting a catering business."

As they considered cheese production, butter-making, ice cream and milk, the Rapsons visited with ISU Extension experts and Hansen Dairy of Hudson, purveyor of fresh milk and other dairy products with retail outlets in the Waterloo-Cedar Falls metro area.

"The Hansens were getting their yogurt from a dairy in Wisconsin," says Carolee, "so we visited that farm."

As weeks passed, Extension officials advised that a yogurt manufacturer was lacking in northeast Iowa. The Rapsons' decision was made. Studies showing consumers' desires to eat healthfully and increased awareness of yogurt's active-culture health benefits were important factors.

"If not for the trend toward an increased popularity of yogurt, we probably wouldn't have had the courage to try this," admits Dave, 44.

Independent yogurt-processing plants located on-site where the cows are milked are few in the Midwest. The Rapsons know of individual yogurt processors in southern Wisconsin, St. Louis, Mo., and Ohio.

At the Rapson farm, 36 cows were isolated from the rest of the herd for yogurt production. They receive no antibiotics or hormones, resulting in an all-natural product. Likewise, Country View uses no preservatives, stabilizers or gelatins.

Carolee, mom to five children ages 4 to 17, had made yogurt in her home kitchen. She understood how live cultures added to milk once it's heated change the molecular structure of milk proteins, resulting in yogurt.

Yet processing yogurt on a large scale seemed overwhelming at first, the Rapsons admit.

"Your temperature ... your time and your culture is everything," Carolee says.

"You don't just get a recipe and get started," added Dave.

Tests have to be routinely conducted on the milk, and wastewater from the production must be properly handled. The company's four employees need to work quickly during production. Once the cultures are added, the crew has two hours to get all the product packaged and into the incubation room.

Country View's gluten-free, natural product is made from low-fat, Grade A milk brought directly into the processing facility through a pipeline from the barn. The milk is run through a separator, with only the low-fat, 1 percent product used for processing.

The Rapsons produce about a pound of yogurt for every pound of milk processed. On average, they make 1,500 pounds of product a week. Dave says he'd like to see the dairy process five or six times that much by getting into more retail outlets.

Four flavors (raspberry, strawberry, blueberry and black cherry) are offered in the 6-oz. cup size, but it's not due to lack of demand.

Carolee explains that a minimum order of individual cups is 60,000 for any one specification/flavor. This factor has been a limitation when Country View decides to make modifications such as offering a new product, a new flavor or if it decides to change an ingredient.

Luther College is Country View's top client, buying 600 to 700 pounds of yogurt weekly, according to the Rapsons. The college offers students a yogurt bar in its food service line, take-and-go parfaits and individual cups.

Wayne Tudor, general manager of food services at Luther, says the private college's relationship with the Rapsons has been outstanding.

"We visited their farm and the dairy before they were in yogurt production. We started talking about how we could use their product," he relates, "because it's exactly what we were looking for."

Tudor says Luther's mission is to serve "real food." In 2011, 20 percent of the college's food purchases were local.

Country View yogurt fits Luther's need – first, because it's locally processed and, second, because it's naturally cultured and has no preservatives or thickeners, Tudor says.

"Students absolutely love it. Their reaction has been amazing," he adds. "The flavor is so much more natural, and it's not homogenized so it digests easier."

While the food services manager praised the Rapson family's desire to adapt to the college's needs, he said he did initially question one of their flavor suggestions.

"I told them I didn't think lime would be all that popular," he laughs, "but, I was wrong. It's a favorite flavor!"

Dave Rapson says in the first six months of operation, the family has worked to modify its product to meet customer demand and expectation. He hopes that from this point forward, the company will show increased profitability.

Country View yogurt is sold at Quillin's groceries, Oneota Food Co-op in Decorah, Hansen Dairy outlets, and Moore's grocery in West Union. The dairy has initiated the paperwork to get its yogurt on the shelves of Fareway stores.

"We've had requests for a lower-sugar cup and other flavors," says Carolee. The response from consumers has been tremendous as far as taste and creaminess, they say.

A 3-lb. family-size container is also available. Plain, peach, lime, and vanilla are the flavors offered, in addition to the four others available in the individual cup.

The Rapsons say a Greek yogurt, in which the whey is strained off to get a thicker, higher-protein product, is a serious consideration. Their offering would include a "fruit on the bottom'"cup, says Carolee. Luther's Tudor says the Greek yogurt is in high demand and is a product it hopes Country View will also be able to offer.

When constructing the new 40-by-60-foot structure that houses the operation, accommodations were made for the business to serve as a retail outlet in the future. There is also a viewing window through which the family invites customers or schoolchildren to observe the yogurt-making process.

Country View Dairy, LLC is state-certified and -regulated. The Rapsons invite inquiries about their product.