Northeast Iowa schools purchased over $64,000 in food from local farms in the 2016-17 school year. Fourteen school districts contributed numbers to the survey which is conducted annually by Iowa State University Extension and Outreach on behalf of the Northeast Iowa Food and Fitness Initiative. 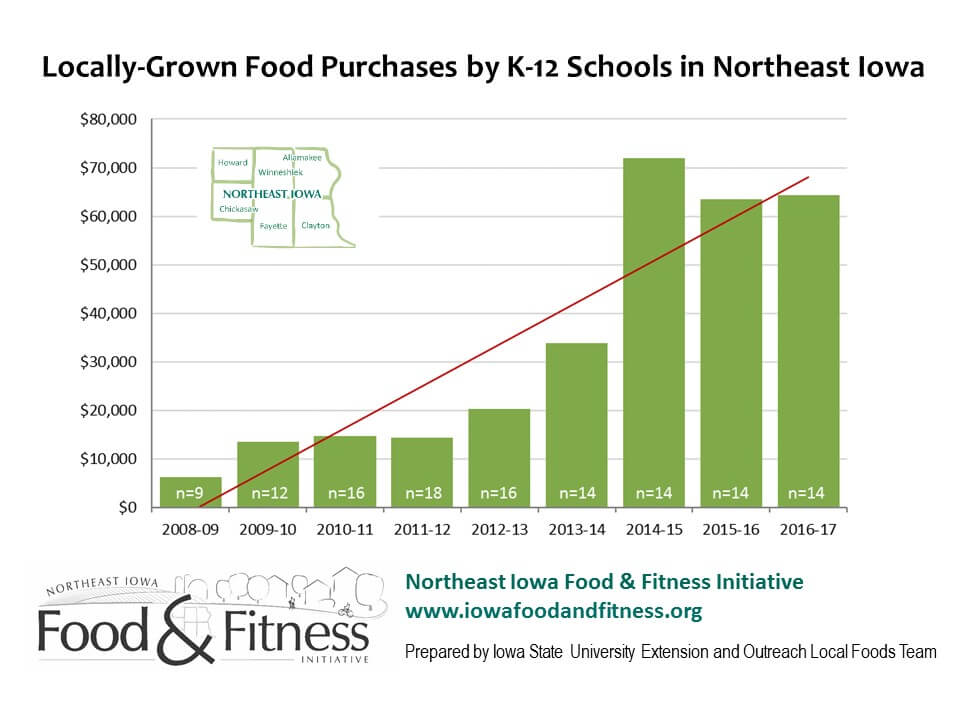 The other districts in the survey each purchased $1000 or less.

Because the region’s school districts range in size from 150-1600 students, FFI also recognizes the schools who spend the most on local food per student per year. The top three schools in this category are St. Patrick’s-Waukon at $46.65, Postville CSD at $27.54 per student; Allamakee CSD at $15.99 per student.

Central and MFL MarMac received the Most Improved Award for tripling their local food purchases from the previous year.

“These schools should be proud of their achievements,” said Teresa Wiemerslage, food system food coordinator for the Iowa State University Extension and Outreach Local Foods Team. “Not only have they sourced high quality products for local school children, but also because they have also invested in the farmers that support our towns and schools.”

Northeast Iowa schools have purchased over $302,000 from local farmers since 2008.