Third grade students at Postville elementary learned about why we process and preserve foods in a quick pickling activity.

During an in-class lesson, 3rd graders practiced their safe knife skills by cutting bell peppers and baby cucumbers in groups, remembering to “go slow, keep it low.” Once they the cutting was complete, students combined their veggies in a group jar, added brine, and placed them in the fridge for one week. 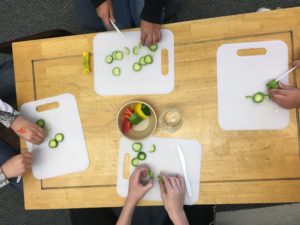 One week later, the pickles were ready! Students unscrewed their jars and discovered the salty sour smells of brine and pickled veggies. We had some thumbs up and thumbs down, but most all students were brave tasters.

We talked about what fruits and vegetables we like to eat during the winter months, such as strawberries, raspberries, carrots, and cucumbers and considered how we get these foods from warmers places rather than our own snow-covered, frigid Iowa. We discussed how pickling is a great way to make Iowa-grown veggies last longer so we can enjoy them during these long winter months! 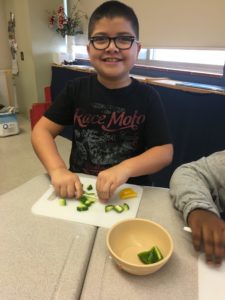 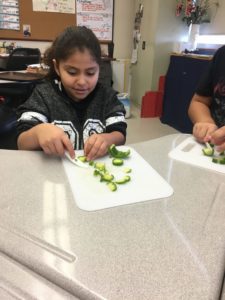 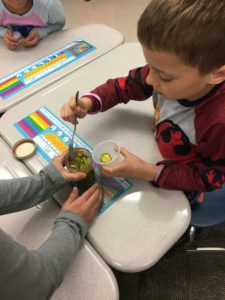 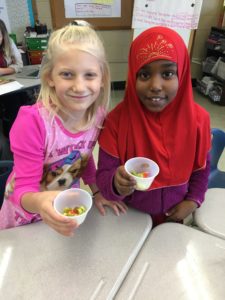 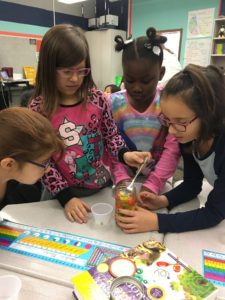