Exploring new methods of food preparation is quickly becoming a tradition for farmers involved in the Northeast Iowa Food and Farm Network. Last year, farmers created a workshop to learn how to pit roast pork; this year, the group learned how to spit roast a lamb in the Patagonian style of Asado al Palo.

Natasha Hegmann and Pete Kerns of Turkey River Farm near Elkport hosted the spit roast workshop, with an invitation for attendees to come the night before and enjoy a bonfire and campout.

After a beautiful, starry night with perfect camping conditions, farmers rolled out of their tents to start early and slaughter the live yearling ram. Peers who had dressed and butchered before helped others learn step-by-step. 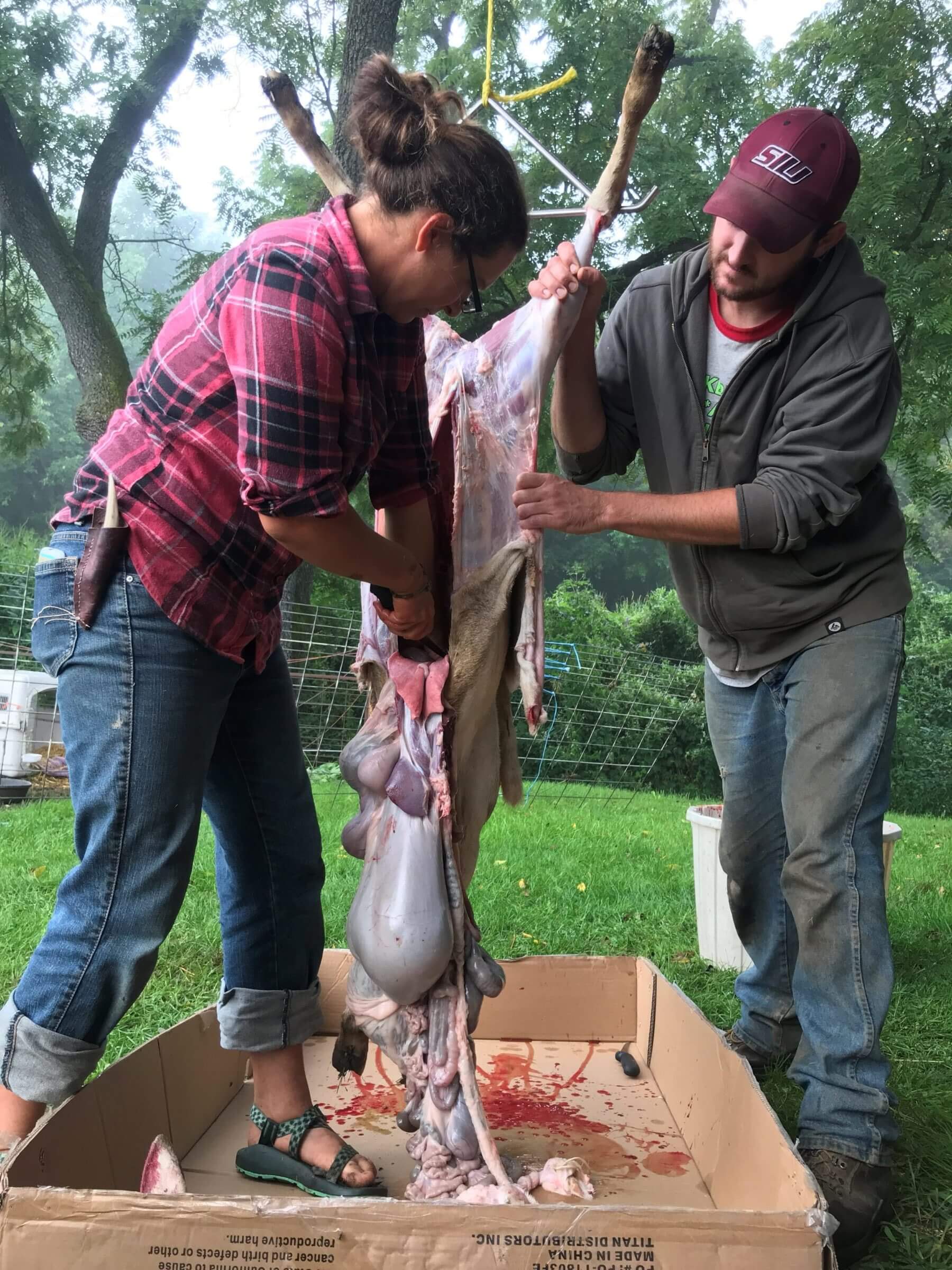 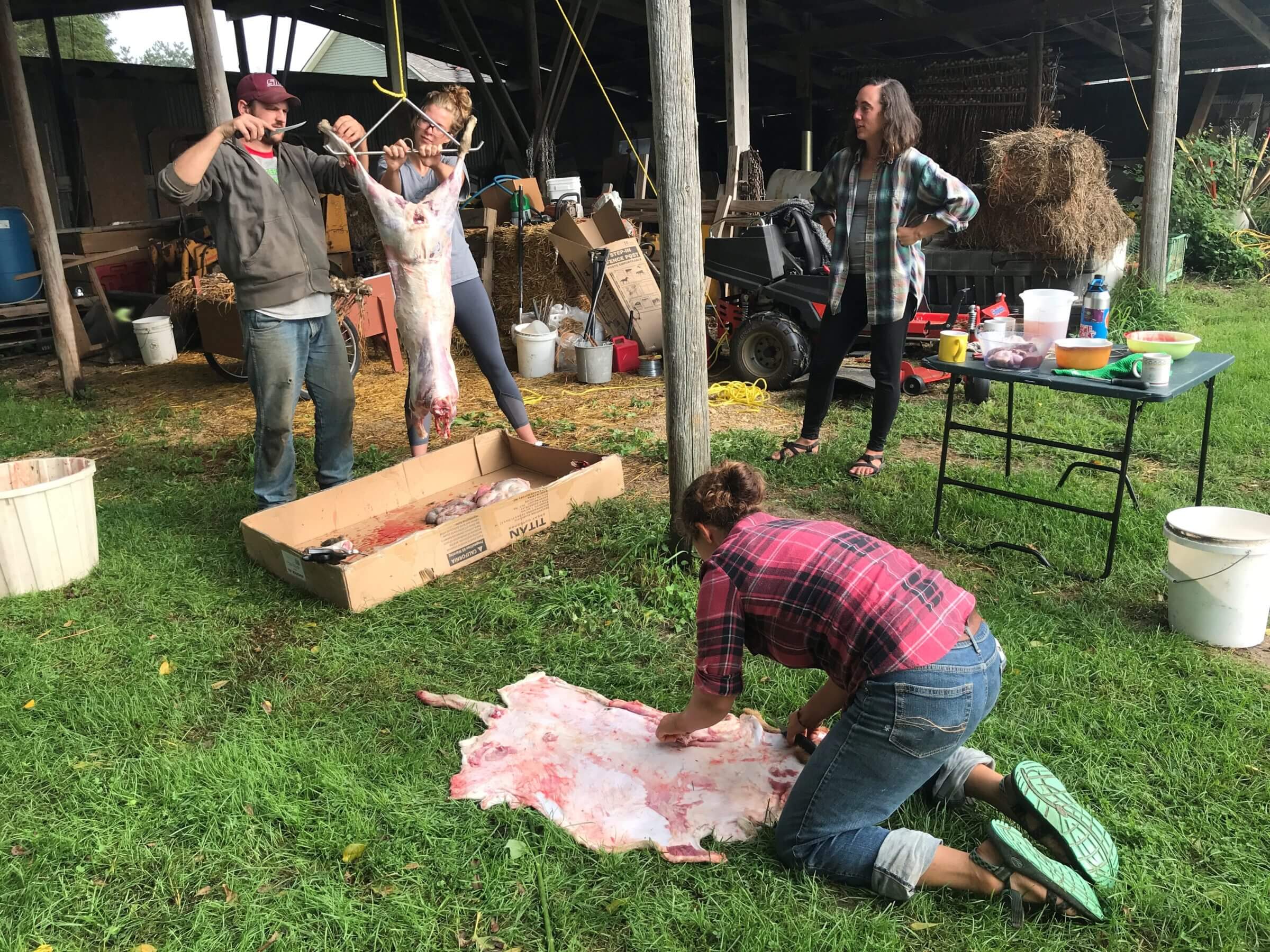 As some of the team prepared the meat for the spit, others built the fire at the foot of the spit, making sure to position it on the level and distance it appropriately for the heat to penetrate.

Meanwhile, a couple stayed in the kitchen to prepare breakfast for a bunch of hungry farmers… which called for nearly two dozen eggs. 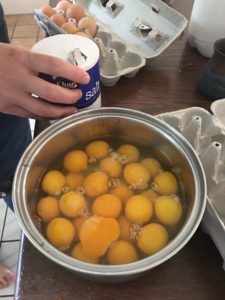 Once on the spit, the lamb needed to roast for about four hours and be rotated one time. Pete and Natasha stayed close by to tend the fire, rotate the lamb, and regularly baste it with a solution called salmuera- a mixture of garlic cloves, water, and salt. The rest of the crew headed out on the Turkey River to kayak and canoe for a few hours. 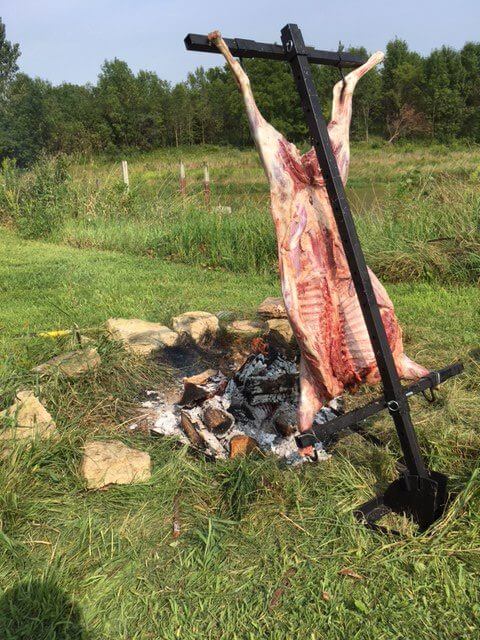 Lamb on the spit. To rotate the lamb, the steel tubing is lifted out of the foot of the spit, turned, and set back into place. Photo credit: Natasha Hegmann

Upon returning, the farmers were ready to eat, and the lamb was perfectly roasted. Pete and Natasha had prepared traditional Patagonian sides to go along with the roast. Those included pebre, a salsa or pico de gallo- like dish to be eaten on rolls or alongside the meat, and pan amasado, piping hot roles made with lard. They explained that this meal is often prepared by Patagonian cowboys, who can put together the spit and dress the lamb while out on the range. 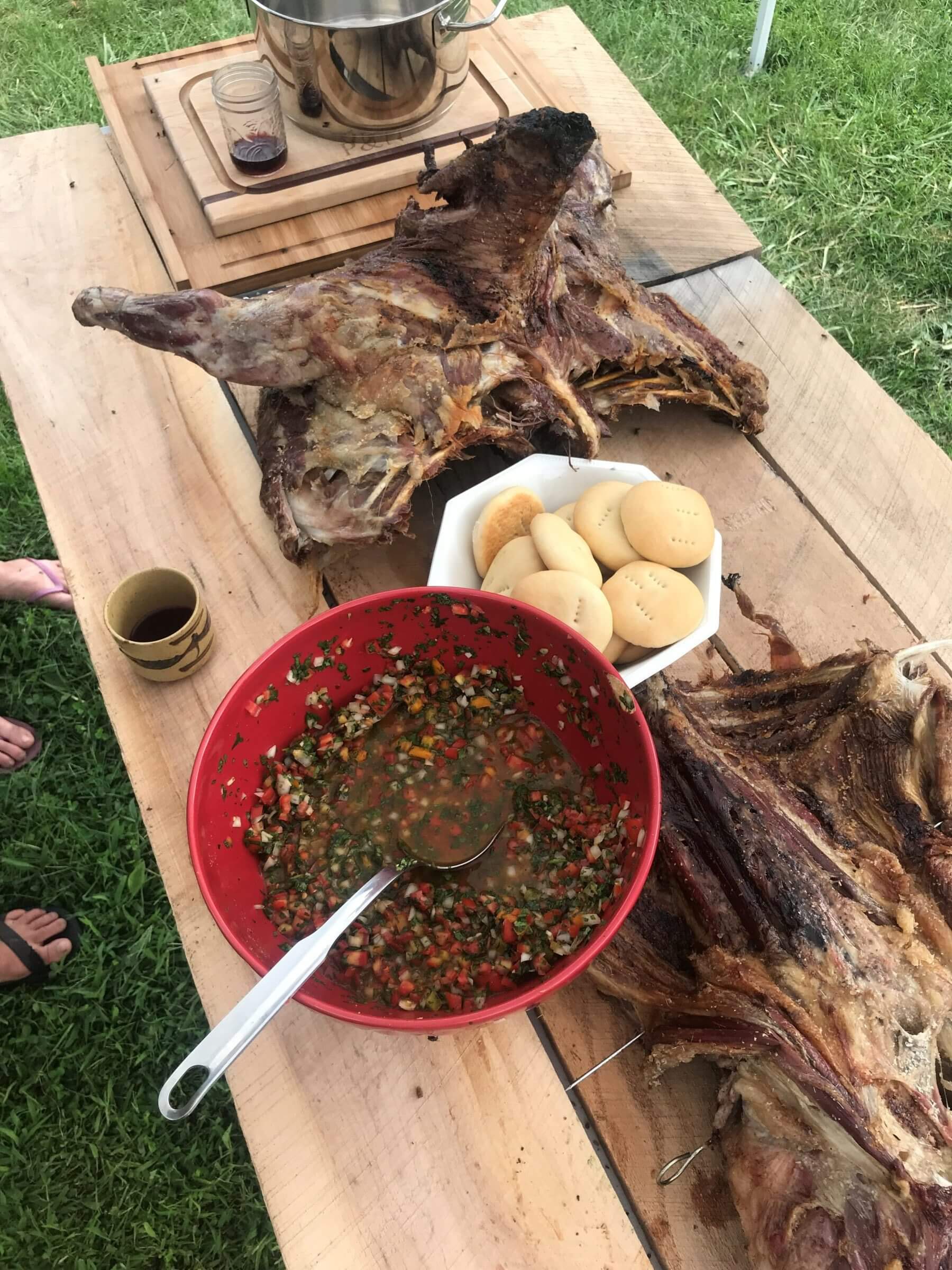 The finshed Asado al Palo, served in the traditional style with sides of pebre and pan amasado. 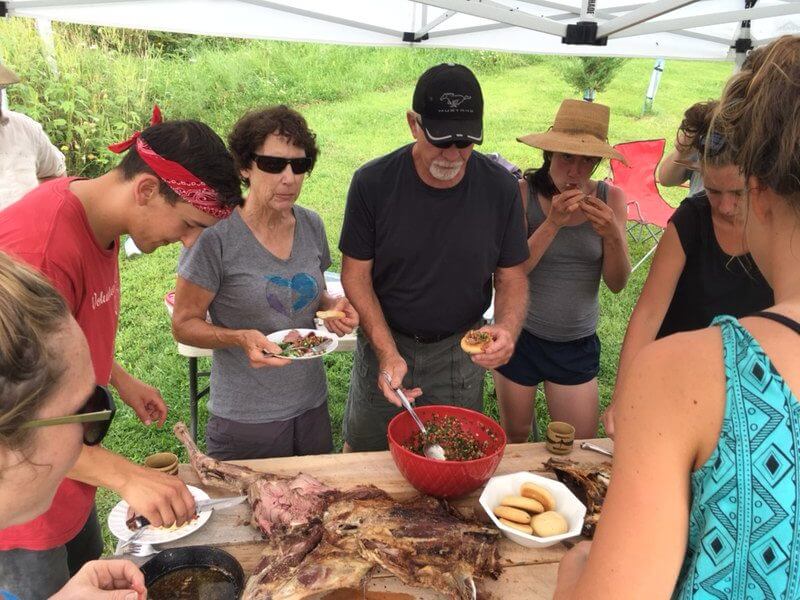 The farmers enjoyed the meal and the opportunity to learn about new food traditions together. After a busy summer and a lot of hard work, it was relaxing to share the fellowship of other farmers, learn something new, and take time to enjoy the beauty and bounty of Northeast Iowa.

The Northeast Iowa Food and Farm Network is a casual gathering of local food, beginning, and transitioning farmers making connections, finding common interests, collaborating, and learning together. Whether you’re a farmer or a curious eater, all are welcome. Contact Kayla Koether (koether@iastate.edu) for more information.