One of the first things we learned when we started the Food and Fitness Initiative and its model of community engagement, was the phrase, “Are the right people on the bus?” 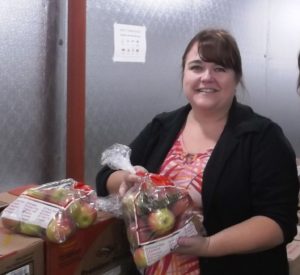 The food hub was a game-changer to get more local foods into schools, institutions and grocery stores.

Over the last ten years, that phrase was said often as we tackled new issues and brought new partners to the table.

I’ve been blessed to have been in the driver’s seat of the food system bus for a large portion of that time. I’ve had some great co-pilots. Some left the work completely, allowing for new leadership to emerge. The work adapted.

Now, it’s my turn. This Friday is my last day in the driver’s seat.

Locally, the county ISU Extension offices are governed by a nine-member board of elected officials. In our region, five of those counties pooled their tax-dollars over the last seven years to hire staff to create partnerships and deliver programming to farmers, families and youth.

The NE Iowa FFI was highly influential on those job descriptions, and over time, the region increased their investment from two jobs to four jobs.

In April, the five counties in the agreement voted to discontinue funding of the current agreement effective June 30, 2018, and eliminate those positions. Over-extended county extension budgets and a desire to realign program priorities were cited as reasons for the decision.

This means that four people are looking for new jobs and working to find some of the popular food system programming new homes.

Laura Liechty has moved to Ames and is the new ISU Extension 4-H Healthy Living State Specialist. Lynette Houser has accepted a job with a school district outside of the region. Kayla Koether will continue her work with the Food and Farm Network for now.

On August 4, I will be resigning my regional Extension responsibilities and shifting to part-time, contracted Extension work for the state which includes Farm to School and Early Childcare, food hub support and on-farm food safety. I’ll be working with the ISU Extension Local Foods team, Iowa Department of Agriculture, Iowa Department of Public Health, the Iowa Food Hub and NE Iowa Food and Fitness Initiative and others.

It has been difficult to explain to people because I will be able to work on similar projects. The biggest differences are cutting back to part-time, having a different employment status, and covering a wider territory. Ultimately, I will have less time to devote to Region 4, but I will still be able to support and steward the food system work in Iowa.

The county Extension offices are not closing. They will still be open and available to assist with questions and partner on community projects. Some of the programming we’ve built will be changing, and other programs will inevitably be eliminated.

But, one thing this work has taught me is how to let go, and how sometimes, it opens up new opportunities. After all, if it wasn’t for budget cuts in 2009 that eliminated my job as a county director, I wouldn’t have been on this incredible journey for the last eight years.

When school food regulations changed, it provided the perfect opportunity to create a new menu that featured plenty of Iowa-grown foods. 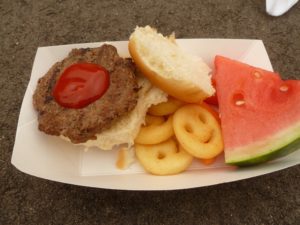 I am proud of all the local beef being served in schools.

When the Unionland Feed store burned down, it left a big hole in downtown West Union. Their new facility was the space we were seeking for a growing food hub.

When Nick McCann left, we hired Kayla Koether and she started the NE Iowa Food and Farm Network, full of transitioning, innovative and aspiring farmers.

When Nick Mabe left, the Iowa Food Hub board fully embraced the hiring of new manager and assistant manager and affirmed their full commitment to the program.

With ISU Extension in Region 4 stepping away from this programming, there is already talk about a new partner to make the NE Iowa Local Food Directory bigger and more beautiful than ever. Another group is interested in adopting the annual Farm Crawl.

It is time to get out of the way.

So for now, I’m moving to the backseat – it’s someone else’s turn to drive. Let me know if you need directions. My phone number and email are the same.