Decorah Middle School is now the proud owner of its very own school garden! This past Wednesday, as a part of Mini Course Day, 14 students spent the morning learning about how the garden, green house, and hoop house function at the high school, then came back to the Middle School to plant the four raised beds that are the start of the garden. 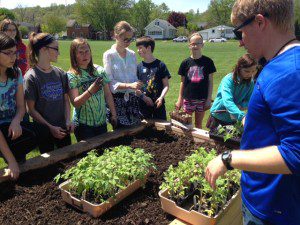 I showed up to the garden when the kids were working to break up dirt clods and even out the soil in each of the four beds. As soon I as I saw them, I knew the middle schoolers were invested – elbow deep in soil and faces streaked with mud – we had a great group to plant with! 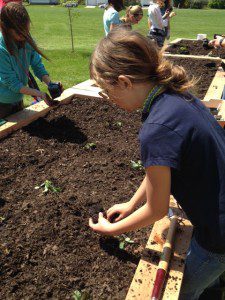 After the soil was prepped we had a group at each of the raised beds. In the end, we planted tomatoes, sunflowers, kale, radishes, beans, peas, zinnias, and carrots, with melons and cucumbers to come later (once we have the final two raised beds in place). 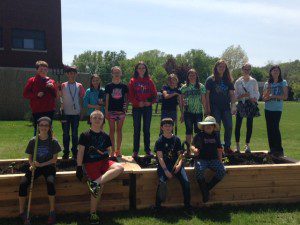 Families have signed up to adopt the garden throughout the summer to water and weed, so everything will be ready for food service once school starts in the fall. 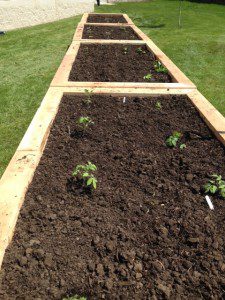 A special thanks to Mrs. Hoth, the Middle School Principal, Greg Schaller, the Buildings and Grounds Manager, and Jesse Lyon, the fifth grade teacher who got this all going!